Happy Valentines Day, Greyhawkers! I don't think there is a Greyhawk equivalent to this holiday unless it's a holy day to Myhriss goddess of love. At any rate, that's a topic for another day. The World of Greyhawk is well known for its mega-dungeons, artifacts and warfare, but is it known for romantic storylines? Let's take a look... 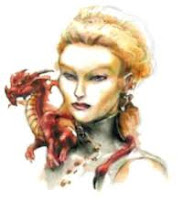 Jallarzi Sallavarian and Kieran Jalucian: This is one of my favorite Greyhawk couples. Jallarzi is the only female member of the famous Circle of Eight in the City of Greyhawk and her paramour, Kieran is the Master of the Guild of Wizardry and Principle of the University of Magic Arts. I am going to assume they met when she was a prodigy student of his at the UMA because Jallarzi was 33 when she joined the Circle, and KJ only looks 30, but is clearly very old according to the City of Greyhawk boxed set. Scandals aside, I can see the attraction for them; Kieran is not only an archmage, but he has a 17 STR so he is no aged-wimpy sage. Jallarzi, described as "distractingly beautiful" has a 17 CHA and a pseudo-dragon pet. What's not to like? The pair are seen all over the city and even slum in the Old City in disguise with magic. Their wizardly careers are probably the only thing keeping them from being official. Work and well, that thing that happened in Return of the Eight... 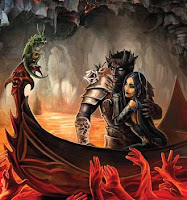 Iggwilv and Graz'zt: Aww yes, you knew I would mention this couple (well off and on). They are the best confrontational pair in the entire setting. Iggy and Graz' even have a child together (spoiled demigod Iuz, such a dysfunctional family). Iggwilv is an aspiring demonologist-witch queen-conqueror. Graz'zt is an aspiring Prince of Demons-would-be conqueror of the Abyss. Clearly the pair's egos are not big enough to fit on one infinite plane. There is a lot of good game info on this diabolical couple I don't have the room to tell it all! Want to know EVERYTHING about Iggwilv though? Check out this amazing post on Power Score.

Cobb Darg and Elayne Mystica: I'm not sure if these two are a romantic pair, but they should be! Cobb is the old wily ruler of Irongate and Elayne is the albino Suel archmage of the same city. There has got to be a spark there, and I'm certain she knows Mayor Darg's secret heritage. 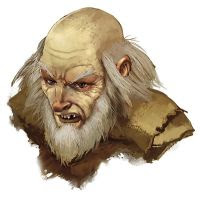 Queen Yolande and (various) Consorts: Elven culture might be different than human-kind in regards to courtly romance since they live so long and are many times xenophobic. Queen Yolande of Celene has had many consorts over the centuries, and the murder of one even started the Hateful Wars that drove all humanoids out of the Lortmil Mountains. I'm sure Yolande has moved on by now, though given her isolationist stand, does she ever look outside Celene for companionship?

Karin Keoffel and Yrag: I'm willing to bet you don't know who is Karin Keoffel. She happens to run the Fruit of the Mill in the lower part of Greyhawk, she is 44 years old and is cheerfully in love with her mercenary boyfriend "Yr". Whether she knows Yr is actually Yrag, a magically preserved 200 year-old adventuring legend is not known. What is for sure is that Yr/Yrag definitely loves his girlfriend and has gone to lengths to discreetly protect her, such as gifting magic items and telling the Guild of Thieves to back off her business. If that isn't love I don't know what is! 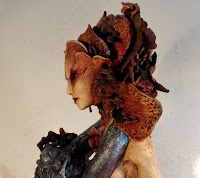 Iuz and Zuggtmoy: Iuz has many henchmen and allies he could choose as his consort, but in Greyhawk lore (and novels?), the Lord of Pain for some reason has an infatuation with Zuggtmoy the Demon-queen of Fungi. Despite being a power-couple they both have spent time in prisons, so their relationship has always been strained. Despite this I suspect Iuz loves her more than she loves him back. So much so, that Iuz literally gave Zuggtmoy his soul to guard on her abyssal plane. Like that won't ever come back to haunt him some day!

Lady Evaleigh and Gord or Alain IV of Ratik: The comely Evaleigh is a noblewoman from the County of Knurl and was featured as a love interest to Gord the Rogue in Gygax's early TSR novels. How that turned out, I'm not 100% certain, since I never read them all. Evaleigh however did make into the game setting as the widowed ruler of Ratik. She married the son of Baron Lexnol, Alain IV and he was soon killed by gnolls. Evaleigh had to assume rulership after Lexnol then became disabled upon hearing the news. Tragedy! 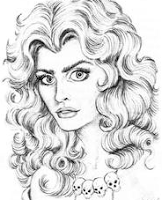 Wee Jas and Norebo: I would be remiss if I didn't mention this dynamic Greyhawk deity couple! Wee Jas the goddess of death and magic could only be won over by the roguish charm of Norebo right? After all he has been reputedly with every female deity it is said. Unfortunately, being gods of the Suel Pantheon, there's a good chance they are related! Why she puts up with him and his cheating ways in the first place is a matter of theological study. I know cause I've done plenty myself!

Honorable Mentions. I could go on and on, but here is some other couples I think would be worth musing about in future valentines posts...

Dragotha and Tiamat: Draconic love. Till death do they part?

Lorana Kath and Lord Kargoth: Both death knights of the Great Kingdom. A couple that works together!

Sotillion and Zilchus: Married deities of business, wealth and leisure. Gee, I wonder who they remind me of...

Markessa and Markessa: This Slave Lord likes altering the minds and bodies of elven women into doubles of herself. Self-love?

That's all for now. What other great Greyhawk NPC relationships are there?
Posted by Mike Bridges at 2:21 PM

LOL! But why will she remember it, Carlos ;)

First off .... great article!!
But, second: Okay, so, I'm curious!!
Who is it that Sotillion and Zilchus remind you of?