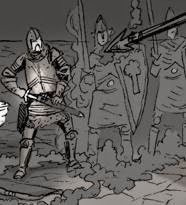 Merry Needfest fellow Greyhawk fans! After a week lull I'm again set to promote the third chapter of our ongoing Castle Greyhawk graphic novel. Check out page eight and read some dynamic exposition by seasoned author Scott Casper. On our site you can also check the archives and follow the entire Castle Greyhawk story from the very beginning.

Artist's Commentary: This page was a lot of fun to draw. Little touches were fun here like the subtle glow of a magic sword or billowing phantasms reacting to a spear. In the previous installment Murlynd used a scroll to summon a noxious cloud and now Tenser uses a beefed up version of a spell he invoked back in chapter two atop the bandit parapets. No simple magic missiles and fireballs for this group. I can't wait to see what they cast next!
Posted by Mike Bridges at 12:36 AM 1 comment: 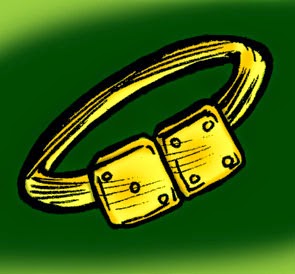 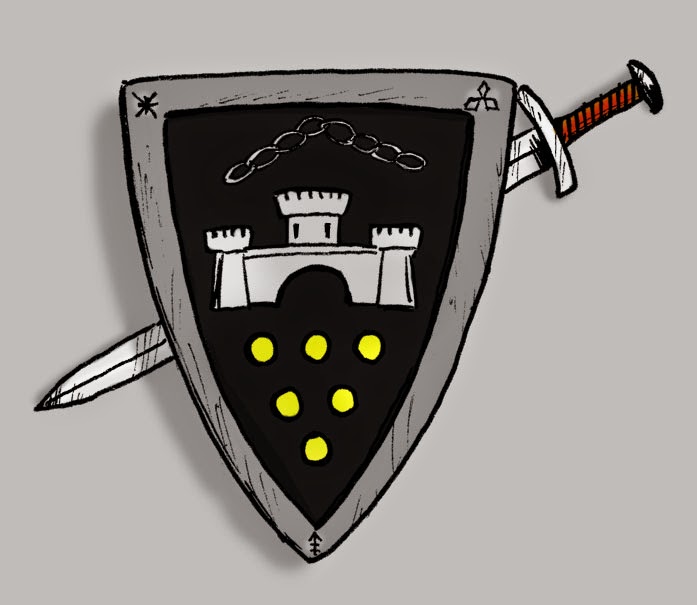 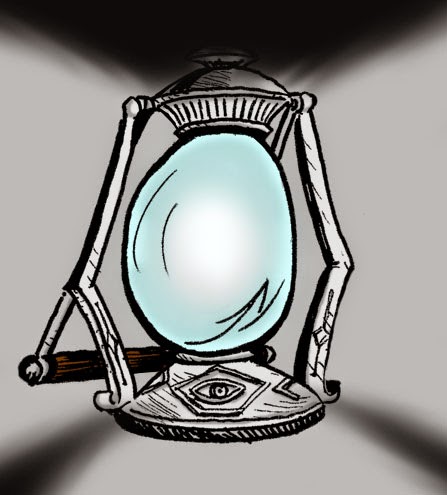 
Posted by Mike Bridges at 3:23 AM No comments:

Hey folks, it's been a slow week so I have a question/request for the Greyhawk community. Has anyone started doing conversions of published Greyhawk material (monsters, magic items, spells, etc) for the new edition of D&D yet? If so I'd love to check them out and possibly even feature them here on the blog. I'll eventually try my own hand at converting once I'm more familiar with the system. Happy gaming and happier holidays.
Posted by Mike Bridges at 9:56 PM 4 comments: 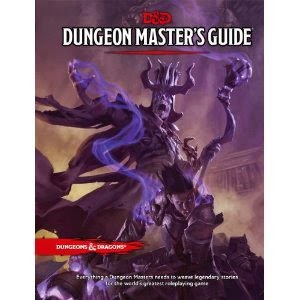 I recently got my copy of the newest edition of the Dungeon Master's Guide and boy, it sure is a throwback to the old AD&D DMG. Ah, but that's a review for another day. No what I want to highlight today is the section of the book titled Flavors of Fantasy which I'm sure most Greyhawk fans with this book have already picked up on, cause I think it's worth pointing out to the masses who aren't sure what Greyhawk involves. When it comes to describing Greyhawk the setting it isn't as easy as saying medieval fantasy; that's because, as this book explains, Greyhawk "crosses the streams."

To preface, the section gives the Forgotten Realms setting as an example of Heroic Fantasy, Darksun is mentioned among Sword and Sorcery examples and Dragonlance is a prime example of the DMG's take on Epic Fantasy. There are more flavors such as Ravenloft's Dark Fantasy and the War backdrop for Dragonlance. Astute Greyhawk readers will already note that our favorite setting comprises all of these flavors and more:

Crossing the Streams
"The renowned paladin Murlynd, from the world of Oerth, (as featured in Greyhawk novels and game products) dresses in the traditional garb of Earth's Old West and wears a pair of six-shooters strapped to his waist. The Mace of St. Cuthbert, a holy weapon belonging to Greyhawk's god of justice, found its way to the Victoria and Albert Museum in London in 1985. Somewhere in the Barrier Peaks of Oerth, the wreckage of a spacefaring vessel is said to lie, with bizarre alien lifeforms and strange items of technology on board...

...It's okay to send your characters hurtling through a magic mirror to Lewis Carroll's Wonderland, put them aboard a ship traveling between the stars..."

Great stuff, especially the reference to the 1985 module City Beyond the Gate from Dragon #100. Though many don't realize it or under-utilize it, Greyhawk back in Gygax's heyday was really just a testing ground for every imaginable genre. To plainly compare Greyhawk with the Forgotten Realms or Dragonlance is to hold back on a lot of what makes the setting special, namely it's quirky, anything-goes side. Sure, crossing the genre streams may not be for every DM, but it's good to know that Greyhawk is flexible enough to allow these odd elements (even as one-shot adventures) without breaking the campaign world in the process.

How is this relevant in today's RPG gaming? One only needs to look at one of the hottest games out there now by Monte Cook, Numenara (and spinoff The Strange). These games host worlds that are genre mashups to the extreme. Surely nothing that can be found in these wildly popular settings could not be done to a lesser extent in the World of Greyhawk. To each their own of course. It is good to see Greyhawk given such a unique slant in this DMG and I hope this may inspire DMs to try an alternative Greyhawk campaign someday.

Posted by Mike Bridges at 10:28 PM No comments:

Welcome back friends of Greyhawk! After some technical issues I'm ready to promote the third chapter of our ongoing Castle Greyhawk graphic novel. Check out page-seven and read some essential story script by stalwart writer Scott Casper. On our site you can also check the archives and follow the entire Castle Greyhawk story from the very beginning.

Artist's Commentary: This page posed a challenge for me not because of anything to do with Scott's direction, but because my laptop died halfway through finishing up the photoshop and text. I lost my hard drive and about five hours of work. Somehow I have major computer problems every holiday season for the last several years. Since I saw this issue coming I already had a new laptop at hand, but I have a problem with clinging to old technology way to long and I have a habit of forgetting to back up files. So yes, I pretty much had to do this page twice. Not a process I want to repeat.

About the art itself, I love this page. There's some good action poses of several different characters, not just one or two taking up all the screen time. Also, I kinda like drawing these ogres. I like to imagine each one has his own personality and backstory. The horned ogre is like the chief/father of this tribe, while the ogre with the wolfskin is the most capable hunter. His beady friend is young and prefers to use a cleaver than get his claws dirty, unlike the ripped howling berserker ogre whose hands are scarred from battle. Then there is the spear wielding ogre from chapter one who has seen action before and likely lost some face after his rear was set on fire. Lastly there's the half-burnt ogre who evidently had a run in with a fireball once and his hefty, warty pal who's in the back of the party for more reasons than one. Unfortunately, I think this experienced group of adventurers will make short work of the ogre clan. Ah well we shall see, more next time.

Good news on the Greyhawk community front. The longest running D&D fanzine, Oerth Journal is springing to life yet again with an announcement of an upcoming 27th issue! The theme is Races of Oerth and if I know the staff of writers like I do this should be a quality issue. Stay tuned! 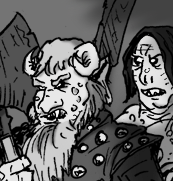 Welcome back faithful Greyhawk heroes! It's way past time to continue with the third chapter of our ongoing Castle Greyhawk graphic novel. Check out page six and read some integral dialogue by comic scribe Scott Casper. On our site you can also check the archives and follow the entire Castle Greyhawk story from the very beginning.

Artist's Commentary: I'm really growing used to drawing Serten, and his affinity for light effects has been a nice change from the dark shadowy nature of dungeons up to this point. I am also going to love drawing ogres again. Astute readers will remember that Tenser and Yrag met one back in chapter 1. This time he has brought some friends. Even more astute readers will know who what movie the first ogre in line comes from. Even EVEN more astute Greyhawk fans will know what country the embossed coin comes from. Enjoy!
Posted by Mike Bridges at 3:00 PM No comments: