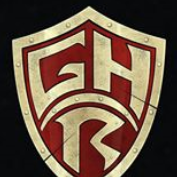 As usual, this year I'm way late checking out the catalogue of events for GenCon. One thing that has returned to the scene is organized Greyhawk adventures by the excellent crew from Greyhawk Reborn. This year they have several 5E events scheduled and as of this writing they are all sold out, so if you want a shot at these, generic tickets are your only chance now. Since I too am shut out of these adventures, I thought I'd at least share some of the MANY enticing story ideas they have to offer this year:

GHR-KEO13-01 Piece of Mined
Gem shipments have stopped arriving in Cryllor. You are asked to check it out by the influential in the city. A one-round, Stand alone Universal Dungeon adventure set near Cryllor for character levels 1-4

GHR-INT14-01 More Than Meets the Eye
A short trip turns into a long journey as you discover that you've been sold more than you've bargained for. Can you deliver the merchandise to its ultimate destination? A one round Universal Wilderness adventure set in the southwestern Sheldomar Valley for level 1 characters only, and related to the Hidden Horrors story.

GHR-SEA14-02 Dark Discoveries
One of Sir Kinth's advisors has received news of slithering shadows emerging from the Hool Marshes, near the Wephgar outpost. Residents of the affected settlements are becoming too scared to go about their daily life. Investigate what's causing these incidents and help ease their troubled minds. Or perhaps you might end up discovering something better left alone. A one-round story arc Tactical Wilderness adventure for character levels 1-5, and Part 1 of the Hidden Horrors tory arc.

GHR-KEO15-02 March in the Marsh
You are asked to discreetly deliver some goods for the Merchants Guild of Saltmarsh into the Hool Marsh. Sure, the Hool is a dangerous place, but they assure you it is simple caravan guard duty. What could possibly go wrong? A one-round Story arc Wilderness Universal adventure for character levels 1-4, and Part 1 of the Wrath of the Reptiles story arc.

GHR-INT15-01 Incident at Gorlin's Mill
A respectable owner of several wood mills in the Lortmils needs guards to move some valuable cargo for one of his remote logging camps in a high forest valley. The terrain is rough and there are rumors of monsters roaming the mountains. Are the adventurers up for the task? A one-round Story arc Universal Wilderness adventure set in the Lortmil Mountains for level 1 characters, and the beginning of the Lortmil Menace Story-arc.

GHR-KEO13-11 Rose are Red and Violence for You
The lands are full of peril throughout Keoland. It takes real heroes to travel the roads unmolested. What will they call you when you prove brave enough to visit the lands of Nume Eor where the lands were unsettled BEFORE the rest of Keoland fell into ruin? A one-round story arc Universal Wilderness adventure set in Nume Eor for levels 1-4, and Part 1 of the Sewing the Seeds series.

GHR-SEA13-03 What's the Hold-up?
The town of Walharbor is looking to expand its boundaries. The party I asked to secure an abandoned hold for the town. A one-round Story arc Universal Urban adventure set near Walharbor for character levels 1-5, and Part 1 of the New Beginnings series.

GHR-WK14-01 Dazed and Confused
A grubby, dissheveled alchemist stumbles into Westkeep, the local healers ask for the aid of adventurers to find out what has happened. Can you brave the dangers of the Hool Marsh to uncover the mystery? A one-round Stand-alone Universal Dungeon adventure set in Westkeep and the Hool Marsh for character levels 1-10.

GHR-KEO15-01 Ancestral Grounds
Some jobs are a mystery, even to the employer. A recently relocated family from Sterich has been chased from their new lands by a band of orcs. Can you reclaim their family farm and recover their heritage? A one-round Wilderness adventure set in Keoland during CY 614 for levels 1-4.

GHR-SEA14-05 Spiraling Madness
Recent discoveries have brought to light some very disturbing events and Sir Kinth is trying to determine if these events are random or somehow related. Now you are asked to investigate a new situation. A one-round Tactical Dungeon adventure for character levels 1-10, and PArt 2 of the Hidden Horrors story-arc.

GHR-KEO14-15 Sinister Smugglers
Rumor has it that someone is sidestepping Saltmarsh and moving wares through the old haunted house east of town. What could they possibly be doing that requires them to bypass normal trade through the town of Saltmarsh? A one round Story arc Universal Wilderness adventure set in Salinmoor for character levels 1-10, and Part 1 of the Malevolent Mystery story arc.

GHR-LOR 15-02 Grim Works
Goblin lay siege to Palinfure, a mixed gnome and Halfling community in the southern Lortmils. No decisive battles have taken place but the goblins will likely wipe out the settlement soon. Good folk in an allied town want to bring in shock troops to help turn the tide. Are the adventurers ready to help rout the goblins? A one round Story arc Wilderness adventure set in the Lortmil Mountains for level 1-4 characters. Part of the Lortmil Menace story-arc.

That's a lot of good new material and there is a lot more for me to feature. I can't wait to swing by the Greyhawk Reborn room and check in on the action!