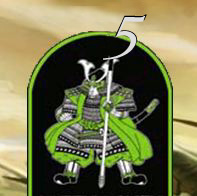 Normally the weekend is a good time to rest, but instead I'm here to bring my fellow Greyhawkers another fine episode of the Ring of Five Questions! Last time out I completed an interview of Living Greyhawk's Eric Menge. Following up on Eric, I now turn the spotlight on another big name in the gaming industry. This developer worked a short but productive stint with Wizards of the Coast including work on D&D 3rd Edition and the Greyhawk setting's Slavers (with Sean K Reynolds). Then in 2000 he set out and forged his own company in Seattle, the award winning Green Ronin, known today for great products like Freeport, Mutants & Masterminds (my favorite) and also Dragon Age RPG and A Song of Ice and Fire Roleplaying. Despite running Green Ronin he still managed to publish several articles in Dragon Magazine for Wizards' short lived Chainmail minis skirmish game, developing the setting for much of Western Oerik. Beyond Wizards and Green Ronin he has also branched out to do work for Games Workshop on Warhammer Fantasy Roleplay 2nd Edition as well as write for an MMO, Vigil Games' Dark Millennium Online. Not a bad decade! Please welcome into the Ring, Chris Pramas!

Q1. I'm sure you're familiar with the Darlene map. What area of the World of Greyhawk is your favorite?

Chris: I’m fond of the Sheldomar Valley. I’ve more had campaigns in that region than anywhere else in Greyhawk, and in fact it’s where the game I’m running for my family right now is located. I started them in Keoland with the Sinister Secret of Saltmarsh.
I like it because it’s a good central location. Plenty to do in the valley itself, and you can have characters travel down to the Amedio Jungle, or into the mountains and the Sea of Dust beyond, or up to the Baklunish Basin for some Arabian flavored adventures. Of course, we’ve been playing for months and my PCs are still in Saltmarsh!

Q2. Greyhawk has dozens of deities to choose from, but if you could actually be one of them which one would it be?

Chris: Tempting as it is to say Heironeous, as I do enjoy some righteous ass kicking, I’d get tired of fighting all the time. Really, Delleb is more my speed. Reading, researching, and uncovering forgotten knowledge would be a lot more fun for me in the long term.

Q3. The lands of Western Oerik, featured in your Dragon articles about the Chainmail minis setting, have recently gained new interest in the fan community. What inspirations did you draw from in designing the cultures of the Sundered Empire?

Chris: It was a bit tricky because I was trying to design an interesting new setting, but it also had to have all the core elements you expect from D&D. In particular, the minis had to double as generic D&D minis. I had argued that we should keep the separate line of RPG minis we had started in 1999, but my boss did not agree so ours had to serve two purposes.
The most out there thing I was able to do was the People’s State of Mordengard and the influence for this was my own lefty politics. One day I was thinking about how most fantasy settings have traditional kingdoms and empires, but why not something else? Then it occurred to me that dwarves would make great communists and that was the idea that led to Mordengard. The shame of the minis was that I wanted their look to be based on old Soviet propaganda posters. For the reasons outlined above, we had to give them a more generic dwarf style.
For other factions, my choices went no deeper than favorite monsters of mine. I can’t really explain my fondness for gnolls and hobgoblins, but it goes back to my earliest days of playing D&D. So it was only naturally they should figure prominently in the factions. Also, it just made sense to me that the hobgoblins would be the ones to organize the savage humanoids into an effective fighting force.

Q4. You took part in developing the excellent sourcebook Slavers before starting your own company. Did any classic Greyhawk publications influence your work at Green Ronin?

Chris: Oh, sure. In fact, I just finished an essay for Wolfgang Baur that talks about the influence of the Greyhawk folio on me in some depth. When I was designing the World of Freeport for the Pirate’s Guide to Freeport, the folio was my inspiration. To that point, Freeport had always been a city meant to be dropped into the fantasy setting of the GM’s choice. However, many fans wanted to see what an expanded world would look like, so I wrote an optional chapter in that book doing just that. Since I had limited space, I used an updated version of the folio format.

Q5. Pretend for a minute that Green Ronin got the license to reboot Greyhawk. What major change would you make to breathe new life into the setting?

Chris: I would roll the timeline back to 576 and leave it there. I think the setting was not only more interesting then, but it was easier for newbies to get into. All the products that came after the Greyhawk Wars had the unenviable task of trying to summarize a lot of complicated history. That’s a barrier to entry that just doesn’t need to exist. And frankly, if there are going to be world shaking events in Greyhawk, they should be things individual GMs decide to do in their campaigns.
I had this issue when I was designing Warhammer Fantasy Roleplay 2nd Edition for Games Workshop.  When we were putting the game together, GW was in the midst of this big event called the Storm of Chaos and they wanted the RPG to reflect what had just happened to the Empire. I’d rather have let GMs choose when to set their campaigns. We easily could have done a Storm of Chaos book that showed you how to play through it if you wanted, rather than make it the default setting, but it wasn’t my call to make. 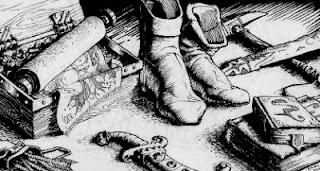 Damn,Mort, you really found someone who sees things "properly." ROFL

Chris, thanks for talking to us. Great interview.

Mordengard was completely off my radar until right now.

Thanks guys. Chris was great to talk to at Gencon. I was just as jazzed to talk with him about M&M as I was Greyhawk.

I hope people involved in expanding the Beyond the Flanaess project take heart from this interview. I certainly never paid Mordnegard or the rest of the Sundered empire any heed back in the day.