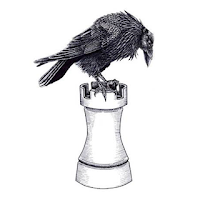 Greetings Greyhawkers! Today I'm promoting my friend Carlos' new announcement, casl Entertainment! What is casl Entertainment? Well if you are a true fan of Greyhawk then this is for you. Read about it in his own words:

----
Be a part of RPG history. casl Entertainment specialises in creating memorable and unique role-playing game experiences.  Ranging from self-contained adventures and character concepts to customized modules and even entire campaign settings, casl Entertainment provides compelling and engaging game materials for RPG enthusiasts around the world. casl Entertainment is me: carlos a.s. lising.  What it represents is something for which I've been preparing my entire life.  As a boy of eight years old, I was drawn in by the spell Gary Gygax wove for a generation of dreamers.  In the World of Greyhawk, he painted the skies of my imagination with the vibrant colors of his descriptive text...and in the process, set in motion a revolution of thought within me.  Since that fateful day when I first set eyes upon a twenty-sided die for the first time, role-playing games have consumed me.  In the myriad forms of tabletops and online play, intimate campaigns and convention games, I've immersed myself in the hobby however I've been able.  All that time, it was always my aspiration to – one day, perhaps – follow in the footsteps of the heroes whose names I saw on the spines of the books I so prized.  Kuntz. Mentzer. Ward. Gygax.  I wanted to create pieces, love letters to the game I so adored and the men and women that so inspired me, that would demonstrate the profound impact they had had on my life, and stand the test of time alongside that which they had created. As you read this, that moment has come.With your patronage, you can help me achieve that dream.  I can write those majestic stories in which I echo my heroes.  I can help Game Masters and Players weave tales of triumph and torment that will become the stuff of legend, that will live on long after the last light above the gaming table has been dimmed for the night.  And one day, if we're lucky, an 8 year old kid in Chicago might read our work and catch a mote of starlight in their eyes.  The words you help me create will become a brushstroke in the masterpiece mosaic that is their imagination.  In that way, we can become a part of RPG history together. Let's do this thing.
----

Not only does Carlos write amazing old school modules set in the World of Greyhawk, he's also a veteran convention DM with an enthusiasm for his original works like no one I've ever seen. Indeed, we've played together more than a few times now at Garycon. Join his Patreon and support a fellow creator and Greyhawk fan. You can also follow Carlos and casl Entertainment on Facebook. Enjoy!
Posted by Mike Bridges at 7:12 PM

Thanks so much for the kind words, Mike! We will strive to reward your faith and support in us. Until the starbreak!

carlos: Any time pal, always happy to promote the best our community has to offer! Cold Iron Avail You!