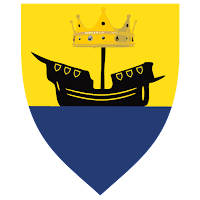 Howdy Greyhawkers. Welcome to another installment of my Nobles of the Sea Princes (576 CY). If you haven't seen the previous post on Prince Jeon II of Monmurg, go back and check that out. This new post is by request. Much to my delight there has been a lot of interest in the community lately for Hold of the Sea Princes material. While Jeon appears in publication, his rival Prince Varek IV of Port Toli is wholly my creation. I hope you enjoy, and there is more to come!
His Exalted Highness, Prince Varek IV of Port Toli; Earl of Sasserine; Protector of Jeklea Bay; Lord of All the Jungles. (House Toli, Toli Armada, Fighter 7/ Rogue 10)
The Prince of Port Toli belongs to a very old house whose founders were slavers and cutthroat pirates. Since then, little has actually changed, though the fabulously wealthy Varek IV portrays himself to be regal as any king in the Flanaess. The prince is middle-aged with a distinctive mane of white hair though he is still quite robust, taking personal pride at his expertise with blades. Varek is a former captain and explorer of great renown. Now concerned with rulership of Port Toli, the prince still owns the warship Iron Trident, captained by his loyal son-in-law Jarrad of Poniard (Fighter 8). Varek IV spends most of his time ruling from his grand keep in Port Toli, one of the oldest Suloise constructions in all of the western Flanaess. Whether at home or abroad the prince is never without his personal guard, a dozen highly loyal, ruthlessly efficient killers. 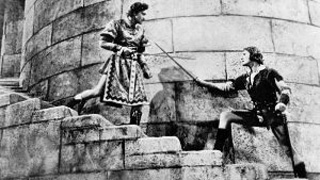 Politics and Intrigues:  Prince Varek supports a large family at his palace, and he is presently married to Madelyne of Sulward (Rogue 5), an arranged marriage that sealed a treaty with the Lordship of the Isles. Varek is still bitter that his main rival, Prince Jeon II of House Rhola, allowed Sasserine to become an independent city. Ever since this loss by House Toli, and a recent attempt by Jeon to abolish slavery in the Hold, Varek has been in constant dispute with the Prince of Monmurg, no matter how trivial the matter. Meetings at the House of Peers are always fraught with tension when Varek attends. Indeed, he keeps his own constituent houses in line through a predictable mix of bribery and fear.
The prince is often advised by the Archmage of the Sea Princes, Thelenkar the Gray (Wizard 18), whose talents are unmatched in the Hold. He is generally avoided by Varek however, due to a personal dislike of the mage since childhood. Despite this, the prince is unaware that the presence of Thelenkar has kept certain dangerous foreign agents from infiltrating his court.
Prince Varek IV is a pivotal character to use for all levels of play in the Hold of the Sea Princes. He is central to much of the political theater of this setting, as well as his naval faction the Toli Armada. Port Toli is a major city in which to base nautical adventures involving piracy and exploration around the south seas or the jungles beyond. Prince Varek IV is a suitable patron for such amoral groups wanting to exploit the riches of these lands beyond the Flanaess.
House of Peers in the Sea Princes
The Hold of the Sea Princes comprises thirty domains, divided amongst a dozen noble houses. A few of these houses can trace their lineage back hundreds of years to the first Suel migrations, while most are merely fabricated hereditary titles of pirate captains who settled down a century ago. While the Hold is currently ruled by the Prince of Monmurg, the Prince of Port Toli has led the House of Peers for much of the Holds’ history. In political situations, the twelve houses are evenly divided between naval factions called the Princes’ Fleet and the Toli Armada. Those Sea Princes captains who choose to avoid house politics, nominally defer to a fleet named the Hold Flotilla in times of war.
Posted by Mike Bridges at 6:57 PM

So, how many former spouses has he had? Guessing the number is not zero, and Madelyne had best watch her back if someone who has more to offer in terms of political benefit should happen to come along. Varek seems like that kind of guy...