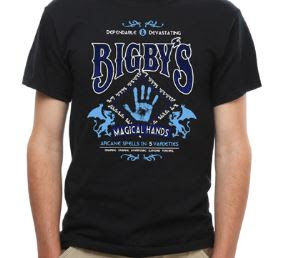 I love this! Original magic items with simple and clear description of usage. I hate it when people create magic items that come with a convoluted 2-page description on how to use them making them way too complicated.

Just fyi, I enjoyed this post and mentioned it on my latest podcast.

Awesome! That made my day