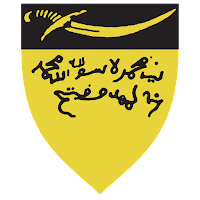 Welcome again Greyhawkers to another installment of Ull: Land of a Thousand Villains! If you haven't read the previous baddy, Nura bint Ramil, please check out that post first to see what this column is all about. Today's villain is another revisited NPC from my Greyhawk writing past. Sheik Chagan Vachir first appeared in my Oerth Journal #19 article on Ull. In this post I am expanding on this information with more background material and suggestions on how to use this NPC for your own campaign. Rest assured, later entries in this column will be entirely new creations so stay tuned. Until then, enjoy!

Sweaty, disease-marked, and profoundly decadent, Sheik Chagan Vachir is the foremost Pit Master of Kester, a rugged frontier town where blood-sports are the main source of entertainment. The Pit Masters are collectively about a dozen independently wealthy Kesterians whose power and influence are in part due to the popularity of the fighting pits, where their hedonistic rivalries are celebrated by the masses. Sheik Vachir in particular is known to excel at scouting and rearing the best non-human gladiators in Ull. Among his most storied fighters are the late ogre champion Bruzhog the Maul, the aging Abular paragon of minotaurs and the infamous half-orc Bruzharag the Misbegotten. In recent years, the sheik’s main rival among the Pit Masters is the upstart female, Nura bint Ramil who alone in all of Kester rejects his salacious advances.

DM’s Campaign Notes: The sheik’s distinctive amber-hued pavilion tents can be found in every market selling a variety of wares, but the largest of them sits permanently on Kester’s fighting pit grounds and is the site of many debauched parties before a gladiatorial event. Despite spending most of his time in public at this grand tent, Vachir and his trusted retinue reside safely inside a walled manor within view the pits. Indeed, his manor is regarded as one of the most heavily guarded locations in all of Ull. The sheik is not married and has no (living) family. He employs a variety of henchmen, many of whom proved themselves in the fighting pits as a test of skill and loyalty. A few of Vachir’s choice lieutenants are foreign-born fighters and rogues, including one wizard that is an accomplished alchemist.

Chagan Vachir is a vile schemer with seemingly unlimited resources and contacts. It is whispered that he may even be a member of the enigmatic Yellow Cartel, a power group based in Ull whose illicit network is starting to spread to every major region of the Flanaess. The sheik is always protected by a number of personal magic items meant to keep him from harm. While he has many enemies and rivals, he is most afraid of his monstrous thralls, preferring to control and train them through the use of hired muscle and alchemical concoctions. To that end, the sheik is always looking to add a new mage to his retinue who knows the art of potions and charms.

Sheik Chagan Vachir is the top of the pyramid for social interaction in Kester. It is commonly known the Pit Masters, including Chagan, only pay lip service to the rule of the Orakhan. Those wishing an audience with him, usually must work through the lesser Pit Masters to gain his attention. Bribery will not work on him, and he only bets with his peers, however the sheik can easily be swayed if a party has captured an interesting monster alive. Vachir is not proficient in arms, but he is fascinated by exotic weaponry, and may at times pay a visitor just for the privilege of admiring their weapon.

Aw, that just means you aren't doing it right. Everyone has their price - even if sometimes you need to explain what they price is and how much they're (say) undervaluing your friendship and their continued well-being. :)

McGee: True. I put that he is a push over for monster captures. However, what I mean by he cant be bribed is in Ull, money only gets you so far. There is not much he can't afford already, plus if he is indeed part of the Yellow Cartel then the fear of offending them would keep him from being bribed by lowly adventurers.