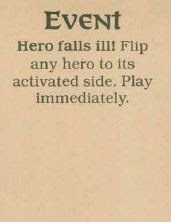 Sorry for the delay folks, I've had plenty going on with Needfest and all that. Last time we saw the crew of the Bird of Prey they had cleared a wrecked galley of some Drowned Ones and had enough time to search for any left over goods. Nothing good can come of an orcish galley though. Here is the protagonists:


Victor Emmitt Hammond (rogue, aspiring to shoot stuff)
Araxo Tydan (rogue, aspiring to conspire stuff)
Cuahtehmoc aka "Cuahto" (ranger, aspiring for riches)
Brother Pickles (cleric, aspiring for the afterlife)
and Henri Morgan (rogue, aspiring to be captain)
Not much was found in the hold of the crashed orcish galley save a tattered flag, (dark blue field with a black skull) and several wax sealed barrels. A few of them as the crew guessed correctly, turned out to be the most revolting orc grog in the world and it was thus thrown overboard. One would swear it caused sharks to be repelled and dead sahuagin to rise to the surface. The other barrels were much more of a haul, all bore the marks of the weaponry foundries of the South Province of Aerdy. The crew was refitted with any small arms found from that cache and sail was set in haste to Scant.
During that short leg of the voyage, those with zombie bites began to show symptoms of the dreaded "shakes" (Dexterity loss). Brother Pickles, who had bit a zombie with his own mouth inexplicably was fine, but the rail thin Mr. Hammond and the wiry Olman, Cuahto were both affected. Though initially shaking and in danger of falling from the rigging, Cuahto recovered fast with the aid of the ship's surgeon Caine the Despised and soon retreated back to his crow's nest to admire his new dagger and the gems secretly recovered from the galley.
The shakes hit Victor so badly that the poor boson could not perform his duties and was kept in his hammock below deck under the less than sympathetic care of Caine. Whispers of plague circulated among the crew and young, gullible Big Tomas was nearly conned into throwing Victor overboard until Captain Rennaud stepped in and dispelled their superstitious fears. Vic would recover slowly but he had suffered so much he wished he were dead. Cuahto meanwhile, was ratted out by someone to Skullbreaker the quartermaster about finding loot aboard the galley and so for not registering the gems (the dagger was his by rights of spotting the ship) he received a dozen lashes in front of everyone. The unconscious Olman went back into the care of Caine.
In the lawful port of Scant, capital of the Iron League nation of Onnwal, the Bird of Prey entered the great harbor and as the crew made to resupply, the captain and his still sore and healing officers went into town to search for the sage Lockard Meek and perhaps buy some new gear. The city of Scant is known for its martial craftsmen; dwarves, gnomes, clerics of Fortubo, and adherents of Daern and Murlynd. Here to the protagonist's delight was a chance to acquire blackpowder weapons that are so storied in the southern seas. Most of them spent considerable savings in the forges of Scant including the captain who added a second light cannon to his caravel. Cuahto also consulted the artificers about his dagger found in the eye of an orc pirate. Marked with the sigil of the Iron League and stamped with a stylized "B" he found out the weapon was a magical crafting of a locally renowned wizard named Bigby. A rare treasure indeed. Now armed with these newfangled weapons, the un-proficient sailors went back to the actual job of finding the sage.
The estate of Lockard Meek was located and his servants told them he was gone, on an expedition to ruins in of all places, the Amedio Jungle. A colleague named Olfon Trebus was watching over Lockard's place and happily consulted the captain and crew about their search for the maker of the strange map. It seemed deathly important to Captain Rennaud to find Meek to the point he would go to the jungle and find him. Inspired by the chance to see the jungle, Trebus, a sage of botany was pressed into coming along. The voyage would soon resume southward again....
Game notes: I know I've referenced before that I was going to for the first time break taboo on blackpowder weapons in Greyhawk. Their cost and rarity still make them inferior choices to standard D&D weapons of course. It's all for the piratey flavor of the campaign you know? FYI, I am using the stats for blackpowder weapons straight out of the 3.5 DMG. Now if they could just get their hands on a spyglass...

I am hesitant to use firearms in Greyhawk. Though in truth they should be prominent then magical weaponry. My other limitation would be to prevent firea arms from being enchanted. One could say something about their advanced features prevents them from holding an enchantment. Which makes Murlynd even more special then a 5 gallon head in a two gallon hat.

Absolutely, we've alread yestablished they can't be enchanted. At best masterwork which is pricy indeed.