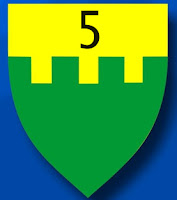 Guess what Greyhawk fans, it is time for another installment of the Ring of Five Questions! This episode I finally complete my trifecta of Living Greyhawk Onnwal authors including Creighton Broadhurst, Paul Looby. Our third author in the Onnwal triumvirate has published several notable works such as A Splintered Sun (Dragon #293),  Playing Pieces: Heroes of Onnwal (Dragon #299), and Beasts of the Scarlet Brotherhood (Dungeon #106). He is also the keeper of the Onnwal Project and in his spare time even maintains his own gaming blog. Please welcome our next victim to the Ring: Stuart Kerrigan.

Q1. As a tried and true Greyhawk fan, you should know the Darlene map without looking. What is your personal land of choice in the World of Greyhawk?

I have mooched around the Furyondy/Nyrond regions in short home campaigns. However I’ve often been fascinated with the Theocracy of the Pale as a nation (and as a foil for my PCs). I would love to have seen a Marklands style gazetteer of that nation (perhaps coupled with Veluna for contrast) from Carl Sargent. He clearly had some definitive ideas of what its people and Theocrat were like and it shows in adventures like the Sin-Eater and in the Marklands gazetteer itself.

Here’s where I ruffle some feathers - I often felt the Pale should have been a Core region in Living Greyhawk. For the poor North Californians it was a region that offended their liberal views! It was about as appropriate a player-region as the Empire of Iuz or Rauxes. The Palish (at least IMHO) were antagonists, albeit ones who were not entirely evil and thus could in theory work alongside the characters. We imported some Palish missionaries in Onnwal and they can be seen in a module called the Scarlet Straits (available at http://skerrigan.co.uk/Onnwal/ *shameless plug*) along this line.

In Living Greyhawk however the region’s feel became diluted in favour of making a playable region for all types of characters. For example there seemed to be reams of material on the Pale’s Arcanist Guild. Ogon Tillit was slain and replaced by a suddenly-lawful good Theocrat. You were allowed to go around with a holy symbol of any god, but not preach. If you did, you went to prison for a short period of time. There were no burnings at the stake.

Paul Looby wrote a trilogy of adventures dealing with the fallout from Tenh and his module was decried by the Pale Triad as it portrayed the Faithful Flan in a way they did not approve of. They later wrote their own sequel which set things “right”. The excellent Fright at Tristor was similarly declared heretical, with the Triad writing a special module to sanitize its plot and effectively have the village removed off the map.

Q2. If you could be any one Greyhawk deity which one would it be?
Stuart: Tough one as there are so many to choose! I think I’m probably more Olidamarra, but Heironeous is my favourite Greyhawk deity. Virtually indestructible, free electricity on call, off-fighting evil and generally being Mr. Terrific.

Q3. You're known for your work on Living Greyhawk especially the Onnwal Project. What part of LG Onnwal are you most proud of?

Stuart: In terms of the setting I am most proud of being the first UK author published in the Living Greyhawk Journal with the Knights of Azharadian article. This led to us UKers dominating the Journal for several issues with Erik Mona begging us for non-Onnwal content! Creighton (Broadhurst) and Paul wrote some excellent material in response to this request that eventually ended up in the Oerth Journal.

It is worth noting the rest of the team deserve equal credit on the Glaives article, especially Paul Looby who invented them. I just hashed out a prestige class on a Yahoo Group for about 4 months with Paul and our Irish Point of Contact, Max Kraft.

This leads to my next point - one of my personal missions on the team was to take LG:Onnwal to the masses. The RPGA in the UK at that time had a massive convention-only model primarily in the south coast regions. However in Scotland the RPGA offered 4 games a year, and Ireland was left completely by the wayside. We managed to have a massive running at Gaelcon and even saw a healthy crop of Scottish gamesdays.

Q4. What monster or fantasy race reminds you most of Greyhawk?

Stuart: It’s a tie between either the Animus or the Norker. I’m a sucker for a monster that looks like Nodwick.

It’s a shame nothing interesting was done with Animuses in published Greyhawk canon as they were screaming out for an adventure around them (though Creighton did an excellent adventure for LG with a 1st level noble animus – perhaps I’ll have to dig that out for our next set of games to terrorise the unsuspecting populace).

Q5. If you could redo the Greyhawk Wars, what would you do differently with the Scarlet Brotherhood?

Stuart: Ultimately there’s nothing that happened during the Greyhawk Wars I have a problem with, though I’d preferred they’d use a proxy-power to landgrab. It’s more the reversals they suffered in the Adventure Begins period (586-591 CY) and the Living Greyhawk campaign that trivialise them as an enemy. That and of course an interesting sourcebook that destroyed their mystique somewhat.

I’d like to have seen them go back to the Gygaxian/Sargent model of scary Tharizdun worshippers. They can still be kung-fu fighting monks (indeed in my home campaigns the Scarlet Brotherhood is the only order of such monks outside of the Baklunish lands) but there’s something apocalyptic about their plans for the Flanaess. 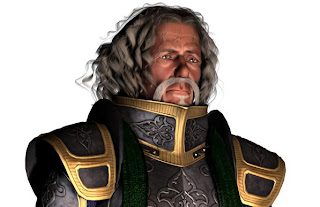 Thank you, Mr. Kerrigan, for those excellent, in depth answers. What little I have seen of LG Onwal materials have been of very good quality and those Oerth Journal articles along with the Glaives are extremely good.

Thanks Mortellan! Keep keeping us informed. :)

That longsword wielding generic knight image always annoyed me - it was a placeholder in Dragon as they needed art at a minute's notice.

Sorry bout that Stuart. I too kinda hate that pic, but I couldn't think of another ens cap graphic at the time. I do like your posted pic. It's a bit long to use for my purposes, but I'll sport a cropped version out of respect to your comment.

Another successful round for the ring of five. Stuart had some great answers, glad to see the Onnwal triad is complete. I wonder what item one gets for completing that quest?

That's a very nice picture, Stuart! Thanks for sharing it. :)

Reading through Stuart's answers again, I think he left out an important word in the following sentence:

" I often felt the Pale should [not] have been a Core region in Living Greyhawk."

Nope - if it was Core, it would not be a player-region. Core areas were things like the City of Greyhawk and so on.